The worst thing a person can endure.

The most horrific thing a person can live with it.

The hardest battle a person can fight internally.

The total confusion left in a person’s head.

The self loathing that develops.

The self-hatred that grows.

The lack of trust that takes over.

The sense of security that is lost.

The sense of safely that is taken away.

The identity that is shattered.

Yet so much silence. 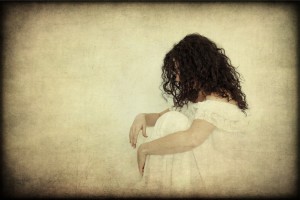 The damage done is also endless.

Yet why as a society do we hardly ever mention it? Do we hide it? Even when a person is brave enough to speak up – we still avoid it. Often the attitude is – its better not to talk about it. Its better to move forward and move on. Its better to forget the past.

Not only is that simply not possible. But can you imagine what that’s like if you’re the person that’s been abused ??

This horrific and horrendous thing happens to you. You have spent all this time keeping it to yourself – often being threatened into silence.
You finally find the courage to speak up. And the general reaction is to quickly move things forward, to help you move on, to encourage you to put it all behind you as fast as possible? To not talk about it all the time.

What message does that send???

We need to stop the silence……….

The hardest part of all is that there is a tendency for self-blame. People tend to think that somehow they did something wrong or that they were not good enough in some way. This is the most disturbing part of abuse. The use of power – to dominate, to take control, to manipulate and to create so much fear – that often a person Is left feeling as though they cannot speak up.

If people finally do find the courage to speak and the ability to use their voice, then there is often so much shame. So much embarrassment. And so much hurt. There is a tendency to not want to tell too many people, to keep it hidden still. Sometimes people are so fearful of what the abuser may do that they even find it hard to speak to the police / authorities about what has been happening. The power of abuse continues – and so the cycle goes on.

If someone you know reaches out and finds a way to speak up. It is really important to hear them. To truly listen and to be as understanding as possible. Be patient. It isn’t easy to break the cycle of abuse. As they tell you, remind them – that none of this is their fault and encourage them to be kind to themselves. As well as seeking professional help they also need to know that they can reach out to loved ones. To family and friends. And they need to know that they don’t have to keep it all to themselves. 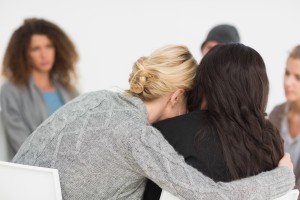 Part of supporting someone that is going through abuse or has gone through abuse is normalising the conversation for them. Allowing them to talk about things whenever they need too. Let them know that subjects are not taboo and that any time they can speak about anything.

It is often very hard to hear the details of the abuse someone has suffered or is suffering. Especially when it is someone we love and care about. We can feel helpless. However part of their healing is being able to talk about those experiences and to let out the pain that they have experienced.

Always recommend that they go for professional help – as therapy is the right place to work through abuse and to contain it in a therapeutic way. But as friends and family – don’t shut the subject down. Allow it space. Let the thoughts and the feelings come out whenever they need too. Let someone know that they aren’t alone, that they have nothing to be ashamed of. That they have done nothing wrong and that they can speak about it at any time.